Things To Do in Bangkok

There is a lot to be said for partying in Bangkok but what about when you just want to relax and hang out with your friends? Lucky for you there are loads of things to do! 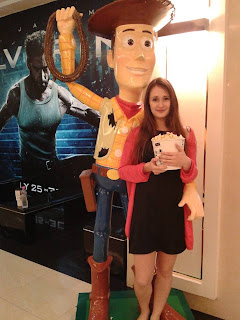 I love the cinemas in Thailand, they are big, flashy, welcoming and inexpensive. A standard ticket is about 150 B each and a large drink and popcorn combo is about the same price. A far cry from the 25 quid you would pay in the UK!

There are 2 main cinemas SF Cinema or Major Cineplex , I prefer to go to SF in the Terminal 21 shopping mall because the food court is inexpensive and there is a decent choice, so you can do dinner and a movie for under 400 B. SF  have a promotion at the moment if you use DTAC phone network you can get the second ticket for 100 B, also on Wednesdays tickets are 100 B anyway. And they have this Woody figure you can have your photo next to. 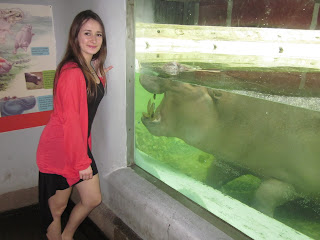 From victory monument we took the bus which was 10B each. Be careful on these buses and they keep driving as your getting on/off even if your a pensioner.  Dusit Zoo is Thailand's oldest zoo! It costs about 70 B each to enter for Thais or foreigners with a work permit, otherwise it's 100 B each. We went on a Tuesday afternoon, it was very quiet apart from groups of school children here and there. There is a Thai food court, KFC or a nice cafe that does ice-cream and coffees all of which are reasonably priced. The cafe is by the entrance and it has aircon, so a good place to take a break. 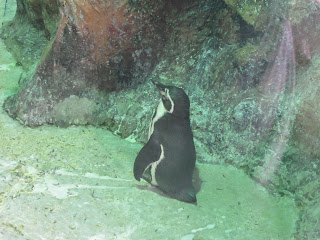 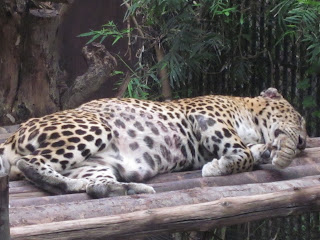 It took about 2 hours to wander around the whole zoo. There are raised wooden bridges that you can take around the zoo to view the animals from a different perspective. They have a wide selection of monkeys, reptiles and hippos. They also had quite a few big cats which were lovely to see all sleepy and cuddly relaxing in the sun. There were no elephants and even though they have a seal show (that we missed) when we went to find the seals, as they are my favorite, there was just one swimming back and forth in its performance tank. If there was a seal enclosure with a nice environment, I couldn't find it. But they were doing some building work next to it so maybe that's what it was for. There was a good sized penguin tank but it was all enclosed so it felt quite cut off, but I expect they did that to keep the temperature optimum for them. 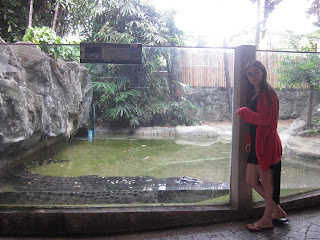 There were quite a few tortoises and crocodiles too.  On the tanks were signs 'please do not throw coins' but some of the bigger less active crocs had small change covering their backs. I suppose they cant stop people from doing it and I wouldn't like the job of getting those coins off, would you?

All in all I really enjoyed my day there as it felt as if I had taken a break from Bangkok. The animals overall seamed happy enough and that's the most important thing when visiting a zoo.

This is a craze which originated in Japan and has swept across Asia. In today's busy world not everyone has time to responsibly own a pet but many wish they did and miss that special kind of down time you get when snuggling with your furry friend. So some bright spark decided to throw some coffee and cake in the mix and came up with the 'Cat Cafe'. Pure genius. There are 2 Cat Cafes in Bangkok that I know of, the one I've been to is called Purr. It is very sanitary and the cats are very well looked after, so well looked after that their actually a bit stuck up! 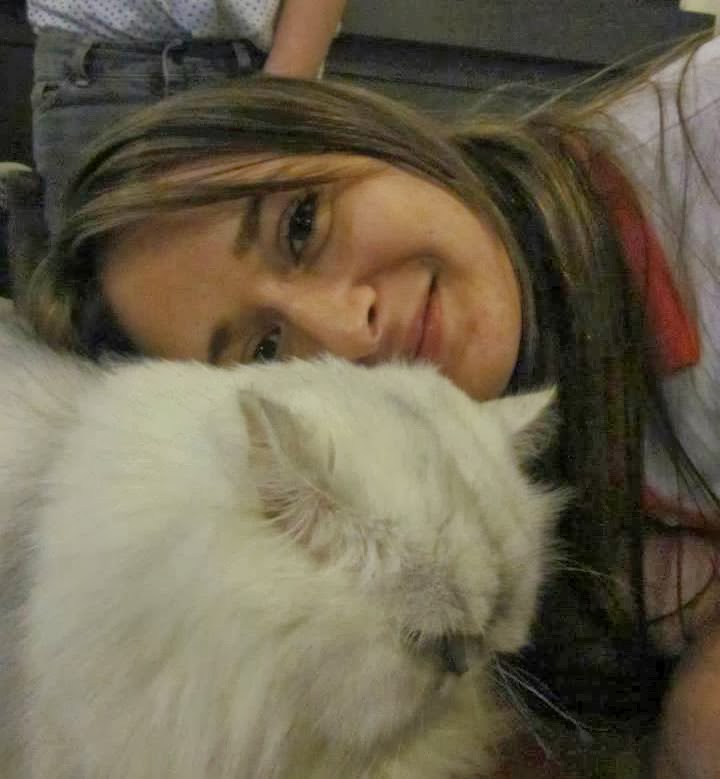 The cafe is designed with cat walks that climb from the floor to the tops of the walls. The cats sling along these out of reach walkways and then sit there looking down on you, and if your lucky they'll come over and let you smooth them. The waitresses/cat slaves try to make the cats play with you by getting out their favorite toys and coaxing them toward you. There are a few kittens which are kept in separate units for their own safety. If you have a cat and would like to bring it along for a fun day out, your welcome to do so. 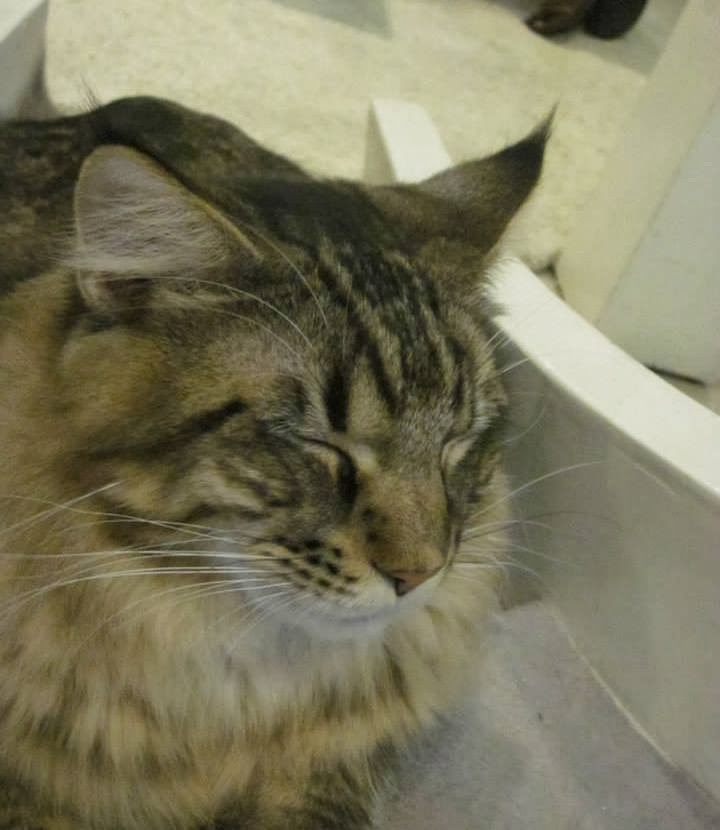 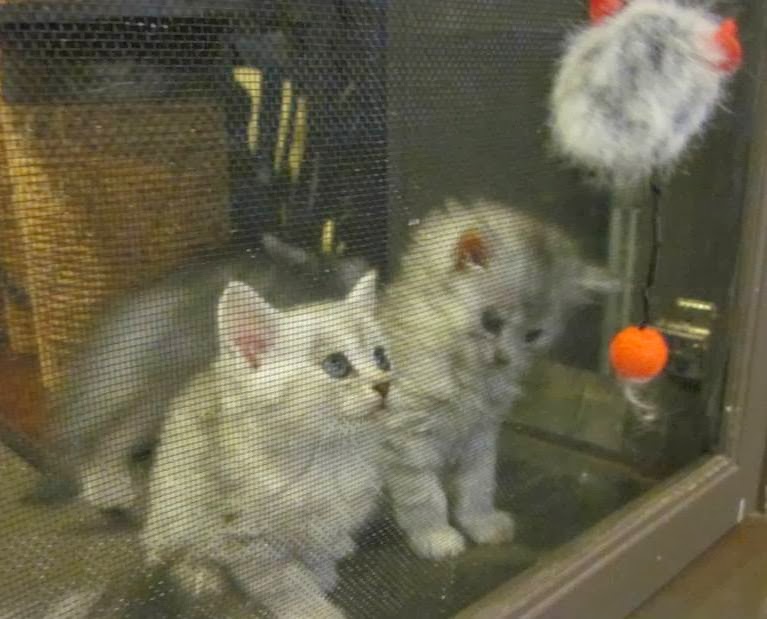 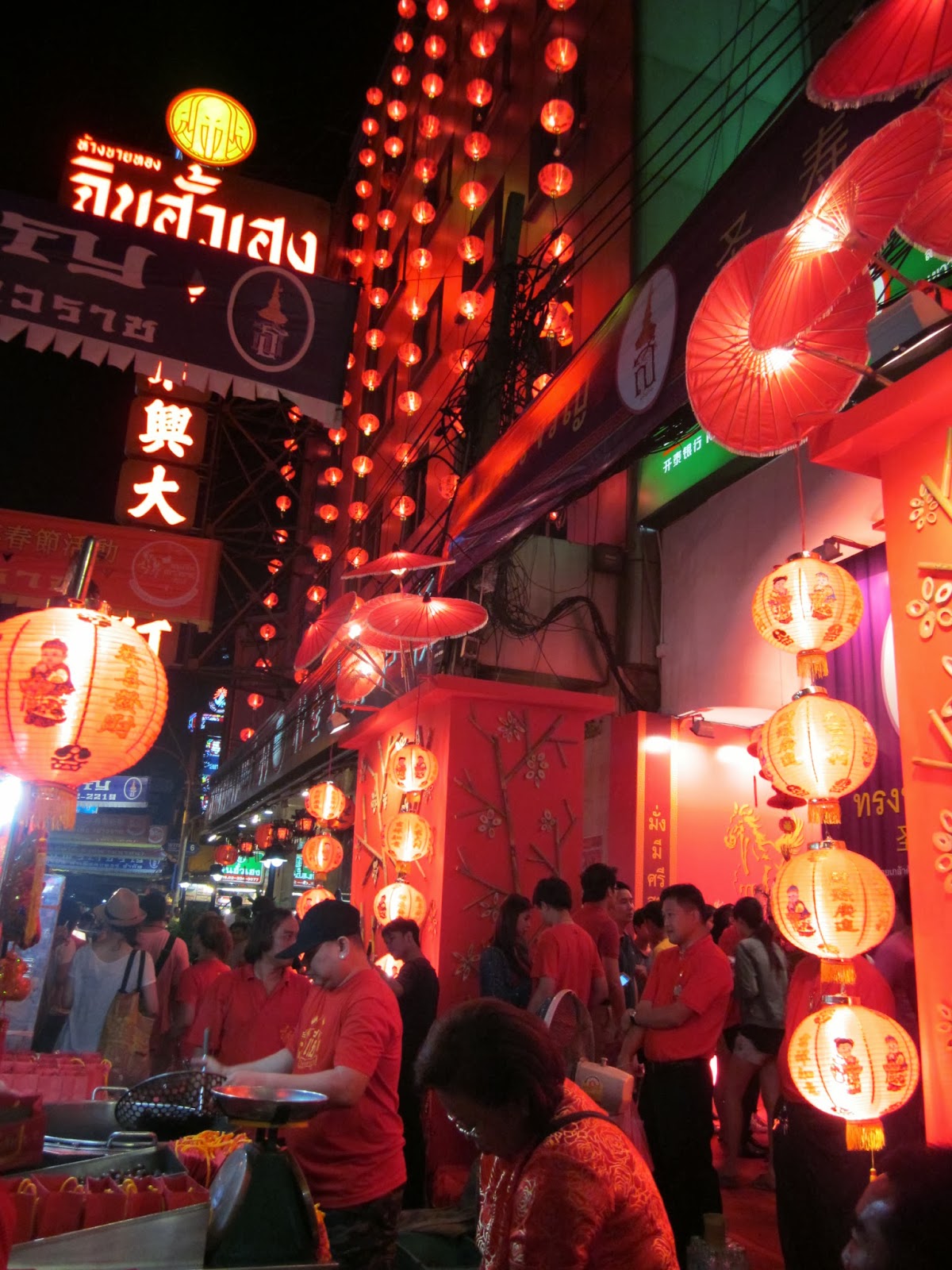 There isn't a China Town in my home city, so I really enjoy the experience when visiting Bangkok's China Town. On a normal day there is plenty to do including shopping at the market where items are at their cheapest in the whole of Bangkok, make merit and get blessed at one of the many beautiful Chinese temples, indulge in the many varieties of Chinese cuisine on the street or in a restaurant, the choice is yours. If you go in the evening you will be able to take some wonderful photos of the Chinese signs and lanterns which light up the streets. Chinese falls on late Jan - early Feb and this year I was lucky enough to catch it. The atmosphere was electric and there was lots of food to eat and dragons to be seen. The streets were very crowded and the unorganised foot traffic sometimes resulted in bottlenecks, but who cares it's a once in a lifetimes thing and it was very exciting. There was lots of live music and the temple was open for those who wanted to say a prayer. I'd definitely recommend it if your in Bangkok at during the celebration! 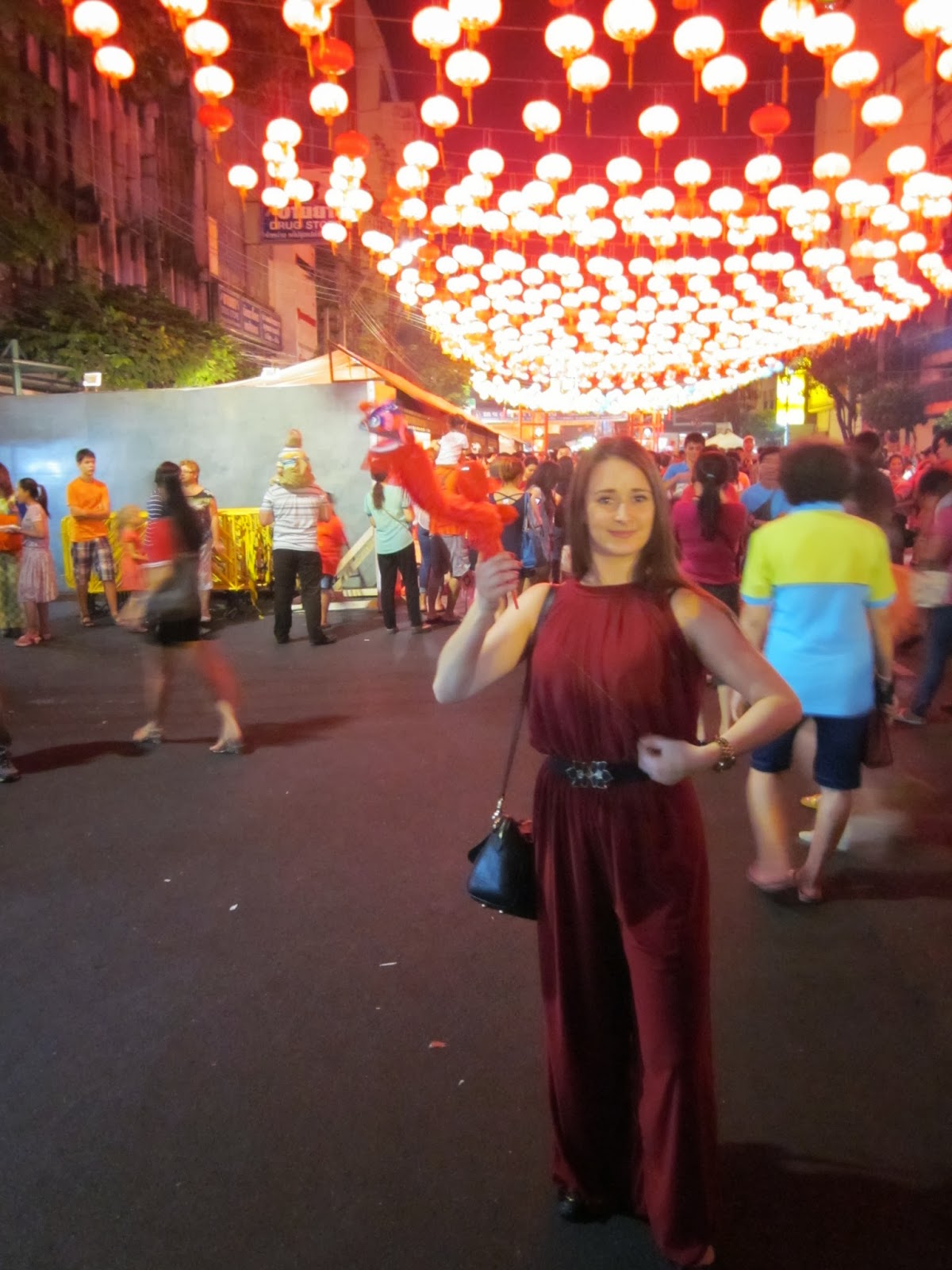 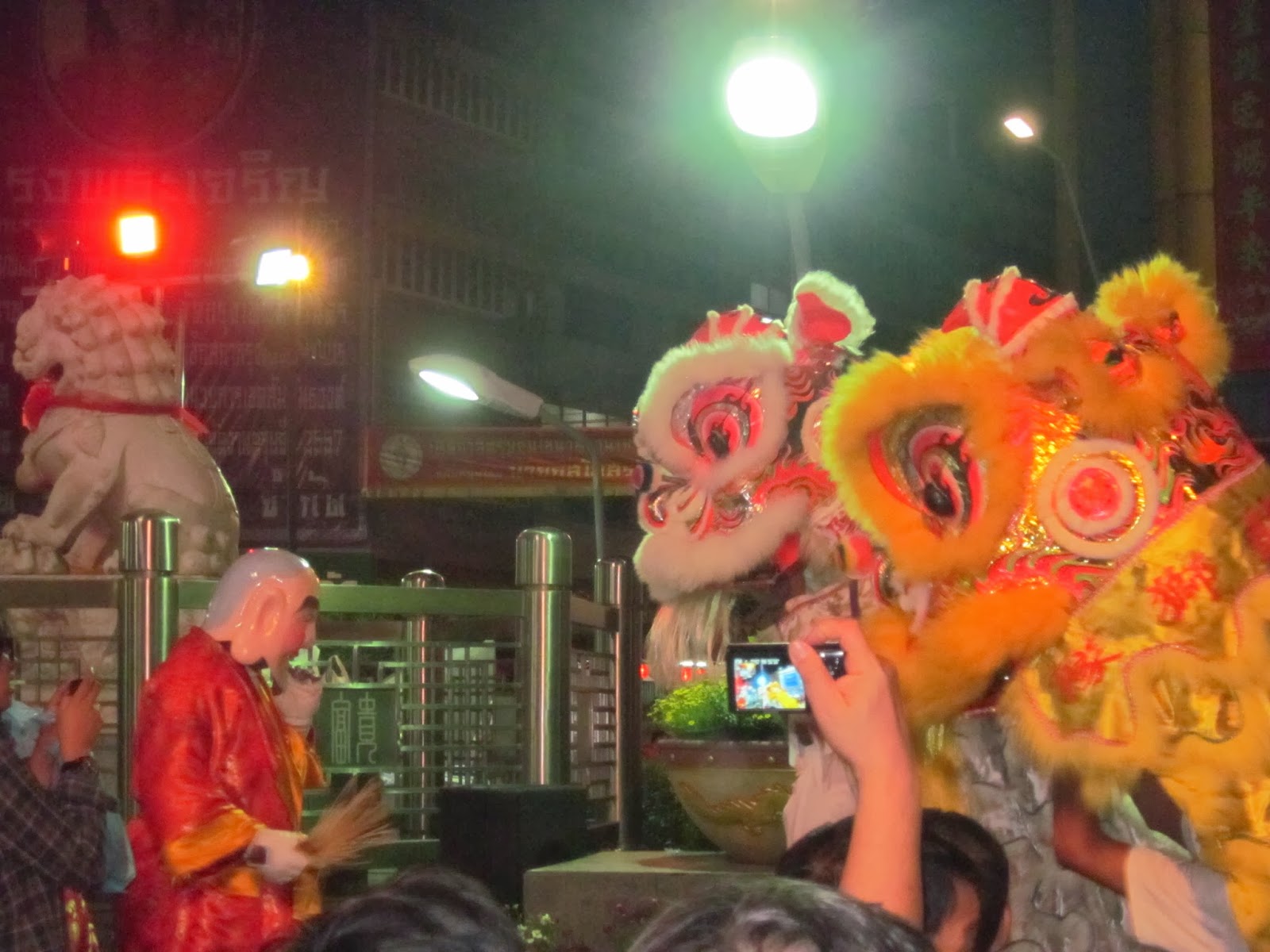