Without a hobby here in Bangkok you are leaving yourself open to feeling vulnerable and lost during those bad times. And what better hobby than one that improves your health and mood? So I'm pleased to say that I am a runner. 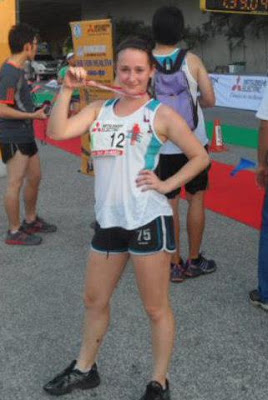 My first run was 1 lap (2.5 km) around Lumphini Park, I commended myself on getting all of the way round even though I walked most of it. The tranquility and lushness of Lumphini Park was a huge contrast against the constant screaming chaos of the city. I had found my oasis.

I continued running when I had time and then started taking part in races, see Jog and Joy for information. First a 10 km, then a 11 km, a 14 km a 16 km and most recently the Standard Chartered 1/2 Marathon in 1 hr 59 mins! The best thing about it is that in Thailand, it's not a serious thing. One ambassador for the races is an old Thai lady who runs with her 5 little dogs and then thrusts flyers into everyone's hands at the finish line. Everyone can take part AND you get a running top and a medal when you finish! 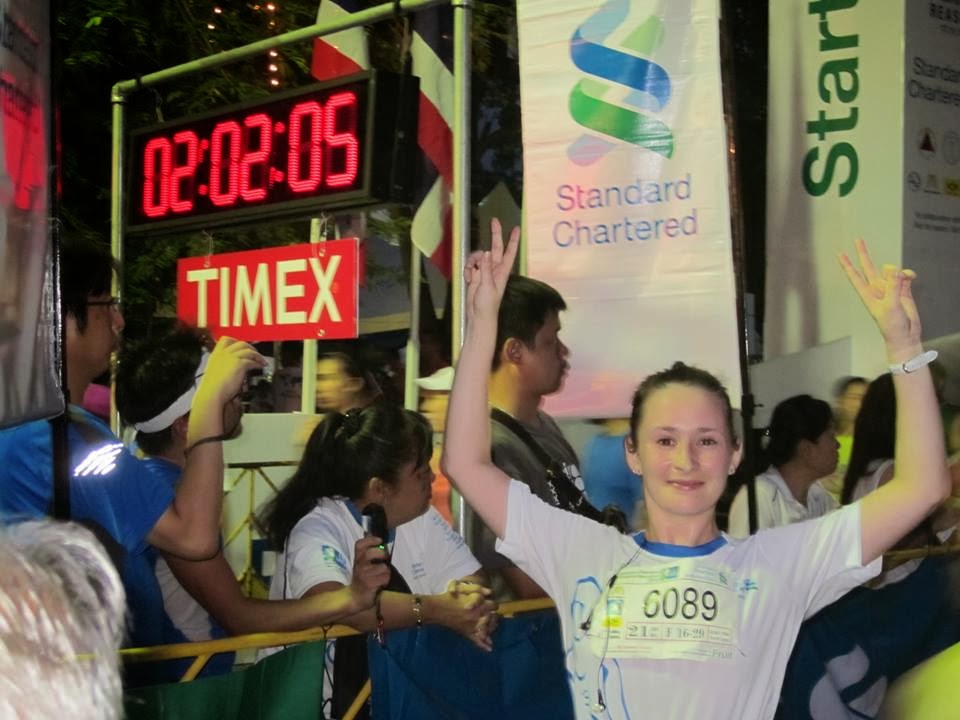 I love running because it depends on me, so I can take it as far as I choose to. After a good run I feel de-stressed as I've had that time to catalog my thoughts, it's a bit like meditation almost. There is a running group in Bangkok called Bangkok Runners, although I have never met with them due to unsociable work hours, they have always responded to my enquirers and the whole community seams supportive. So even if your not a 'runner' yet, maybe you could be.

Please Note: Currently at Lumphini Park there is a ongoing demonstration and people are living in the park. Although they are friendly and don't take much notice of the runners, it could still be dangerous.


Muay Thai is a great sport to get into especially as it's the national sport of Thailand. You needn't be worried if you haven't done combat sports before as the Thais generally don't take anything too seriously and are welcoming to beginners. Muay Thai is empowering and gets you fit quickly. You will be aching all over after a good session, if your not you didn't do it properly! If you don't want to compete you don't have to, and if you don't want to be put in a situation where you may get hurt that's also your choice. There are some gyms in BKK that have ladies only sessions if your not to keen on being surrounded my the guys. If the guys don't phase you then joining a mixed class is fine too. I have been going to Fighting Spirit Gym in Silom and recently took part in a amateur competition. The result was a draw and I was happy with that. I probably wont compete again as the aftermath of injury was not good, a swollen knee and foot so I couldn't run for a while. And also a kind of whip lash feeling from being punched in the face. 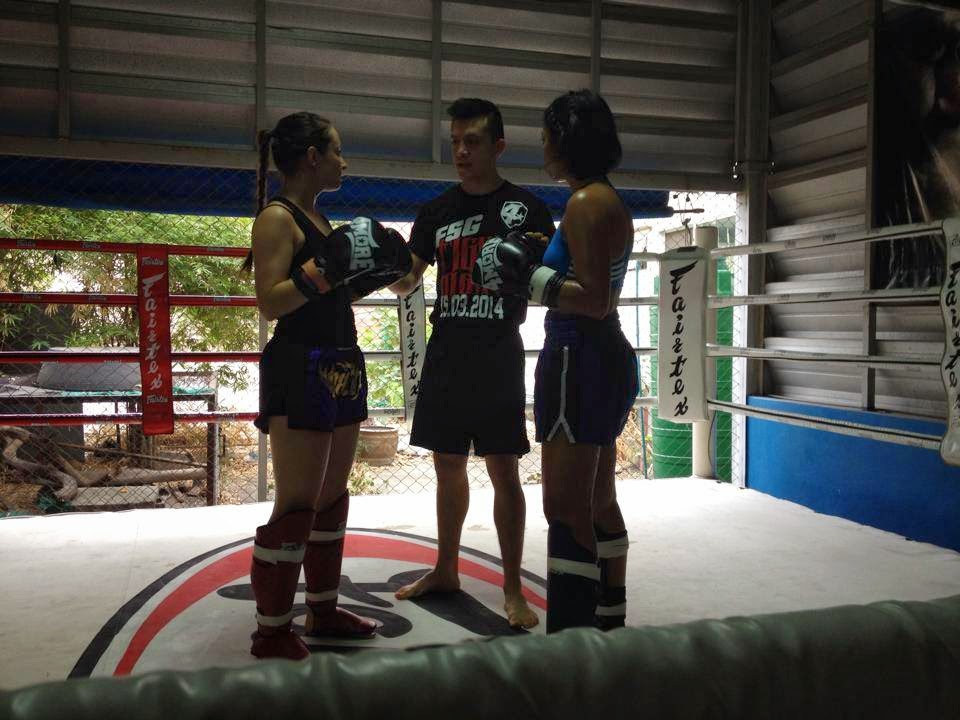 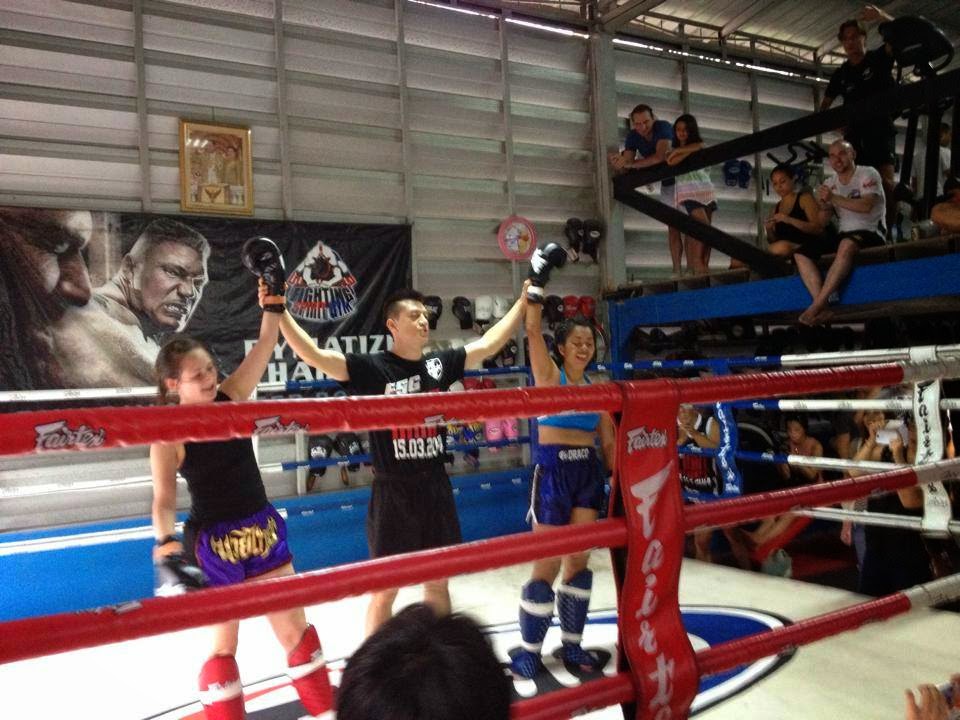