Did you know that Thailand is the king of social networking? A gobsmacking article by BK revealed that Bangkok is Facebook's no.1 city, Instagram's most popular photo location (Suvarnabhumi International Airport is no.1 and Siam Paragon is no.2) and the most active user for Line. With all of this going on you'd be missing out if you didn't get involved.

Everyone has either an iPhone, iPad or Samsung Galaxy smart phone. Even if you are earning 8,000 B a month working at a food stand, you will have one of these. It's like a requirement to be Thai. My current situation is regrettable, I have a Samsung galaxy mini and no internet package either. I can't play games with people on there and I can't access the internet while I'm out of a wifi area. I opted to pay 600 B a moth for internet at home because I underestimated the importance of constant access to the internet when I first arrived. When my contract ends I will be joining the rest of Thailand with 3G and I won't bother having internet installed at home again. Especially since I learned that you can share your mobile internet with other devices in your home any way! 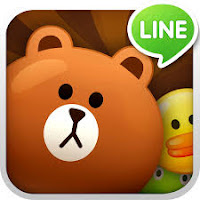 Line is probably the most used application in Thailand. Everyone wants to chat via line, if you don't have line you are cutting yourself off from a huge number of people straight away. Every work place, company and product has a line group. Even when you meet a new friend, you don't swap numbers, you exchange Line IDs. If your not on Line your off the radar.

I'm not exaggerating when I say that every Thai person has at least 2 Facebook accounts. And now so do I, my original one and the one for my students to add me on. Thai people like to have groups, work groups, school groups, study groups, and they like to keep these groups separate therefore multiple Facebook accounts to manage their social lives. So don't be surprised to find that your new Thai friend has many identities, you can usually find them under their full Thai name, their nick name coupled with a made up name or their family name.. Or just something completely random like 'the one who has a a dream'.


Again I'm putting myself to shame, as I have still not signed up to Instagram unlike the rest of not only Thailand but the world. Anyway, most Thai people if not all of them will have an Instagram account usually linked with one of their Facebooks, so if you're on that particular fecbook you will see it anyway.