Before I moved to Bangkok I Googled dating and relationships aiming to scope out the situation. But most of what I read was derogatory and negative from both men and women, Thai and Farang. It was disheartening, confusing and irritating. Now I'm here I can see things from a wider perspective and I'm going to share this with you. 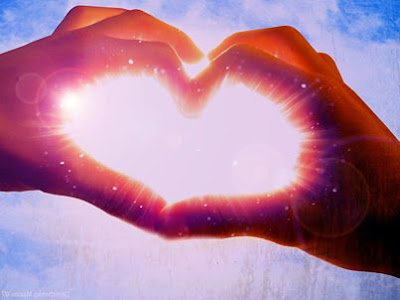 The most important thing I want to emphasise is that men are men. Some are good, some are confused, some are lovely. Regardless of race. Just like us women!

Dating Thai men is a great experience, they are very different from western men and it's easy to get swept off your feet. They do things like carry your handbag for you, pay for stuff, brush your hair, call you all the time and they use the L word a lot more freely. Sometimes they will say things that are easy to misinterpret, this is due to direct translations of sayings we don't have in our culture.

Thai men are often too shy to approach you. You may spend your time her wandering why not one Thai man has tried to chat you up, but it's not in there culture to just start talking to a girl. Also they may be scared to talk to you in English because they think their English is not good enough. So be patient and understanding of this and try to approach them when you can and learn a few words in Thai to get the ball rolling. Also emphasise that you actually live here, they are much more likely to become interested once they know this.

Not all men are here to play and not all men prefer Thai women. Some men are here for work or family related issues and some men have moved here dated Thai women and are open to dating Farangs too. Don't feel disheartened by the overwhelming Thai woman to Farang men ratio, because don't forget us girls that live here are in the small percentage too. Do you remember the rules of supply an demand?

Bangkok really is a melting pot,  I could not have anticipated it. I have a group of Farang girlfriends who are British and American. One of my friends in dating a Brazilian football player, we met him when we were out on Koh San Rd one evening. Their relationship is what it is, relaxed and non committal and that's perfect for them. My other girlfriend is in a more serious relationship with an African guy, they also met on Koh San Rd. As far as what a traditional gentleman is like I believe he fits the bill, my friend is a lucky girl indeed. So keep an open mind because there are some real gems out there looking to meet an exotic Farang girl who actually lives here.


Where to meet these men?


My friends and I have all had different experiences actually and I think it's luck of the draw. If you don't meet someone it's not the end of the world as you are having a great experience in BKK anyway. But this is where we have met the men we have liked;

In Thailand there is a certain way to do things, I believe this is due to strong ties with traditional culture. Therefore there is a strict code that most seam to follow. First there are 'Toms' these are girls who dress like boys and have short hair, kind of like a tom boy in our culture. And there are 'D's' these are girly girls with long hair. So D's date Tom's, and there is a clear side to the partnership. The Tom takes on the male role in Thai culture, she will pay for things, carry her girlfriends bag and so on. She will even be respected as a man by the rest of society for taking on this role. If a Tom wants to date a Tom, this is gay (like a man with a man).